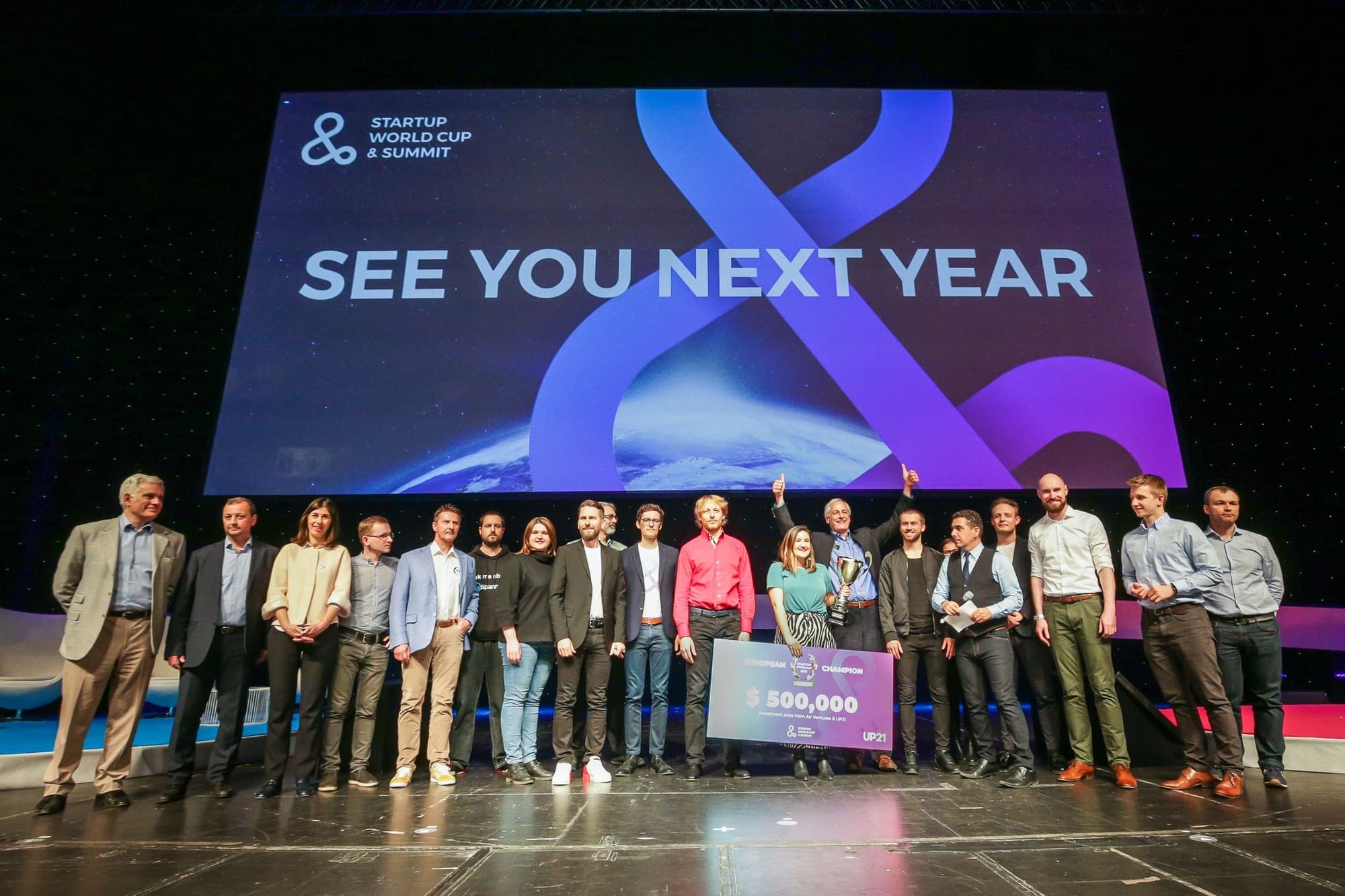 Startup World Cup & Summit is the biggest startup competition in Europe. This year’s edition which was held in Prague on 10th April was also attended by representatives of our Institute. They were some of the recognised mentors and speakers that presented at the summit. The jurors decided on the winning startup from the Visegrád four using the Janecek Method (D21).

Entrepreneurs from the whole Europe meet at the Startup World Cup & Summit. They share their experiences and success stories and have the opportunity to meet investors. The summit is an event full of business personalities where the best projects are presented and obtain financial backing. This year’s edition at the Prague Congress Centre was attended by more than 1,500 people, 350 startups, 50 mentors and speakers. More than 50 countries were represented, demonstrating that the event is truly international.

Anyone who has set up a startup company or project in Europe could register in the “startup tournament“. The expert jury then selected 21 best from the registered projects and invited them to Prague for the V4 regional semi-finals. Karel Janeček was one of the main speakers and jury members. Representatives of these startups had the opportunity to present them to international investors. 4 startups from the Visegrád four then advanced to the V4 regional finale and presented in Prague in front of 2,000 visitors. However, jury members could not decide which one of these startups should be the winner. After five minutes of discussion, one of the jury members Bill Reichert, prominent investor from Silicon Valley declared:

“We decided that we were going to vote again using the Janecek Method and all of a sudden we had a clear winner that everybody agreed on. We were delighted.”

The winning startup from the Visegrád four, the firm Motionlab, subsequently competed with other regional champions in the European finale. Absolute winner was the Swedish project Mimbly that won a 500,000 dollar prize, the equivalent of 11.5 Million Czech crowns. Congratulations!