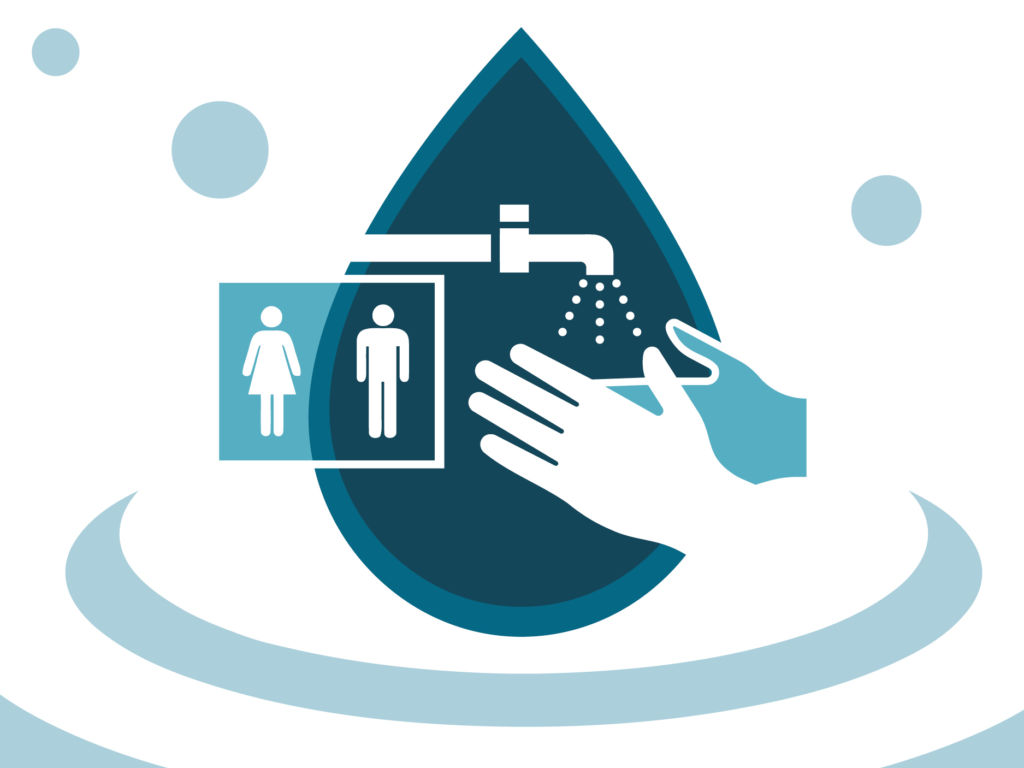 Poor Sanitation and Its Effect on the Indian Economy

Poor sanitation infrastructure is widely known to hamper the general standard of living and social development of a country, however its effect on the economy is often underestimated. According to the World Health Organisation, “Sanitation generally refers to the provision of facilities and services for the safe disposal of human urine and faeces. The word 'sanitation' also refers to the maintenance of hygienic conditions, through services such as garbage collection and wastewater disposal.” [1] By this definition, around 25.7% of India’s population does not have regular access to sanitation (2017), with 344 million people defecating in the open. [2]

Even more alarming are the figures on exactly how much the sanitation problem is costing the Indian Government annually: roughly 6,000 crores, or 6.4% of India’s GDP in 2006. [3] If this cost was more evident, far more attention would be paid to the lack of adequate sanitation and sanitation related infrastructure, which is an issue requiring considerably more action and importance than it is given. To that end, this article will shed light on how the effects of poor sanitation go beyond social issues like increased spread of diseases and reduced level of literacy, and how these social issues translate into economic damage due to losses in the healthcare sector, losses from the workforce, tourism losses, reduced productivity and increasing infrastructure costs.

Poor sanitation is one of the primary disease causing factors worldwide, leading to millions of deaths annually. Due to the high level of illiteracy in developing countries such as India, people are often unaware that their diseases are sanitation related, and do not seek treatment or prevention in the form of improved methods of treating drinking water, waste disposal, or personal hygiene. Apart from the obvious cost of providing healthcare to patients with sanitary-related diseases, the latent cost of lost time and productivity seeking treatment and access to sanitation facilities is often ignored. [4] The total cost for treating sanitation related diseases and diseases caused due to inadequate sanitation in India is around 212 billion rupees annually. [5] Apart from this, people with sanitation related diseases clog up the healthcare system, increasing costs for those with non-sanitation related health problems. Further, there is an incommensurable impact on the poor in developing countries, as they are far more greatly affected by diseases caused due to inadequate sanitation, in multiple ways. Primarily, they are more susceptible to such diseases, owing to the fact that over 86% of the poorest urban dwellers and 95% of the poorest rural dwellers.

The table above shows the number of cases and deaths due to various sanitation related diseases in India. While it is commonly known that the number of deaths are large, the actual monetary losses due to these deaths often goes unreported, because it is difficult to compute the economic damage caused by the loss of a human life. However, the Water and Sanitation Program used the Human Capital Approach, with 12 studies to identify the healthcare costs of disease treatment, welfare and productivity losses, etc. This approach estimated that, “For welfare and productivity losses, the loss of adult time is valued at less than the rate for the economic loss of an adult engaged in production, at 50 percent of the full daily valuation (based on unemployment adjusted labor share of GDP per worker). Time lost by children is valued at 50 percent of the adult rate. For these valuations, the current study uses an eight-hour working day and 250 working days a year. As a result, the economic valuation of lives lost, treatment costs, and loss of productivity add up to a huge ₹ 1.75 trillion in 2006. Losses from premature deaths account for three-fourths of these losses at ₹ 1.3 trillion, and more than ₹ 200 billion each are lost to treatment costs and losses to productivity.” [5]

These figures highlight how much loss is caused by poor sanitation and its adverse impacts in the way of human life, and what this means for the Indian economy and work force. In a developing country like India where the economy is largely dependent on primary sector goods, loss of people from the nation’s workforce not only causes direct monetary harm, but indirectly impacts the development and overall efficiency of the country. Further, the impact of poor sanitation on the workforce is not restricted simply to the loss of workers due to sanitation related deaths, however, also consists of reduced productivity, access time lost, and poorer quality of life and output. Since a lack of sanitation facilities disproportionately affects both genders, this has an adverse impact on the already skewed gender balance in the economy and work force.

According to a study in the Journal of Economics and Development Studies, there is a strong positive correlation between the availability of toilets in the workplace or school and female labour force participation and female literacy in India, respectively. [6] Women who are menstruating often miss school or work for around 3-5 days each week, or even drop out of school entirely if the facilities are extremely poor. This reduces female literacy and by extension, the proportion of educated women in the future generation with the ability to contribute to the workforce. Even if this was negated entirely, the economic impact of women missing out on days of school or work alone, without dropping out, still remains massive. The study by WSP estimates that 94 million days per year are missed by working women and 74 million days are missed annually by school girls due to inadequate sanitation facilities, totalling an economic cost of ₹ 9.6 billion for India per year. [5]

‍
Once again, this leads to a gender gap in literacy rates, adversely affecting the standard of living and the Human Development Index of the country. Female illiteracy leads to a vicious cycle of reduced number of females in the educated workforce of the future generation, who in turn fail to educate their own female children. Illiteracy also leads to lack of sanitation awareness implying that women continue to be affected by poor sanitation, the very reason for their illiteracy in the first place. This means that the overall development of the country is hindered, causing not only current economic losses, but ensuring that those losses remain constant and prolonged. Lastly, poor sanitation also negatively affects the tourism industry in India, due to tourists choosing not to visit or revisit the country due to sanitation-related diseases and losses from treating tourists suffering from gastrointestinal diseases, who clog up the already strained healthcare systems. The costs of purifying water for domestic use are also vast, and cause losses estimated to be around ₹191 billion per year, taking into account the costs of piped water, household treatment, and the value of time lost hauling water from outside the premises.

Table 1.2 provides a comprehensive summary of all the losses per year caused due to poor sanitation and sanitation infrastructure in India by the factors mentioned in this article. In conclusion, it is evident that the effects of inadequate sanitation go beyond purely negative social impacts on individual communities. The latent ramifications caused in terms of economic damage are far larger than one may believe, costing developing economies billions each year. Further, apart from quantifiable costs, the asymmetric impact of the issue on women, children and low income factories skews population and workforce demographics, intensifying the already profound losses from the economy. These losses then get transformed not only into annual monetary losses, but into obstructed long-term development for the entire country. This brings to light how instrumental sanitation infrastructure and awareness is to a country’s economy and overall progress, specifically in the case of India.