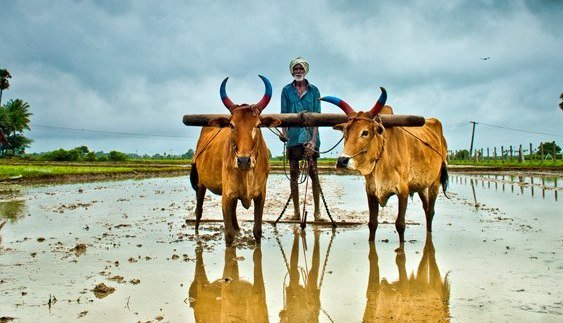 The Resilience of the Indian Rural Sector During Covid-19

India is facing the worst economic crisis since 1991. According to government data, there was a staggering 23.9% GDP shrinkage in the second quarter of 2020. This essentially reflects the negative effects of the pandemic on India’s economy. This is the biggest contraction in GDP on official record and is a direct consequence of the Covid-19 pandemic lockdown imposed all over the country since March 2020.

The extension of the lockdown in several parts of the country has stalled most sectors. The latest GDP data notes that construction, manufacturing and hospitality (hotels and transport) have recorded drastic contractions (50.3%, 39.3% and 47.0% respectively). These sectors employed large numbers of migrant labor from rural areas. Interestingly though, agriculture has recorded the only positive figure at 3.4% GDP growth from April-June 2020. Sufficient rainfall in the 2020 monsoon season and consequent high agricultural output have added to the positive performance of the agricultural sector.

According to data released by the Centre for Monitoring Indian Economy (CMIE), the rural unemployment rate jumped sharply from 8.75% in March 2020 to 23.52% in April 2020. Since then, the gradual phasing out of lockdown restrictions all over the country has resulted in the rural unemployment rate dropping down to approximately 8% once again. Between this same period, the urban unemployment rate also witnessed a similar change. The reverse migration of Indians from urban to rural areas has been the primary factor. The unpredictability of the pandemic led to uncertainty for migrants on the availability of job opportunities in urban areas. So large numbers of migrants chose to return to their villages.

The rural sector in India includes agriculture and SMEs. There needs to be a greater focus on generating employment and opportunities within rural areas. MNREGA is one of the solutions but enormous stress has been laid on this scheme already. The scheme has created 153.16 crore person-days of employment during April-July 2020. Economist Farzana Afridi says, “The urban industry is expected to face a huge crunch of workers, especially in construction jobs and other petty business, while rural areas will have surplus numbers with almost no job opportunities for them. After all, you cannot put millions of skilled workers on the Mahatma Gandhi National Rural Employment Guarantee Act (MGNREGA) in the long run”. The central government has also been prioritizing several older schemes in this crisis, such as the Rashtriya Krishi Vikas Yojana (RKVY). Launched initially in2007 by the National Development Council and meant primarily to be a state plan scheme, states such as Kerala have recently been approved for the sanction of 4,500 crores to facilitate infrastructure development in the agricultural sector.

SMEs also comprise an integral part of the rural economy. More than half of the total number of SMEs operate in rural areas. While a few rural SMEs have adopted digital technologies, it is necessary that this shift takes place on a larger scale. An integration of technology in the entire harvesting process, right from sowing to distribution, will help link the rural market to urban distributors and lead to better understanding of urban demands. This could be of importance in a crisis like this, where the links between middlemen, farmers and urban consumers have been disrupted.

In India, the rural sector should be the primary target for stimulus packages and an emphasis needs to be laid on infrastructure development funds from the central government. “Since Independence, agriculture has consistently employed more than half of our population and it is also the largest employer of women. To bolster its strength, we need to focus on infrastructure development especially in sustainable irrigation (especially on harnessing new types of technologies that allow for circular economy solutions). This will lead to crop diversification and improved outputs. The private sector can be incentivized to work alongside the government in investing on agriculture infrastructure,” opines Mitali Nikore, Founder of Nikore Associates (an economics think-tank).

Infrastructure spending has the potential to induce a multiplier effect on overall economic growth, primarily based on the Keynesian theory that aggregate demand can be reactivated by increasing public expenditure. The cabinet has approved anAgriculture Infrastructure Fund of Rs. 1 lakh crore under Atmanirbhar Bharat. It is expected to catalyse creation of post-harvest infrastructure and community farming assets such as cold storage, collection centres and processing units.Increasing spending on infrastructure projects which will increase employment and boost income.

Before the Covid-19 pandemic, the unemployed from villages and remote heartlands of India could migrate to urban areas to find employment. This allowed Indians to ignore, for the most part, the stark challenges and issues in employment facing the rural sector. Now reverse migration has thrown open a whole Pandora’s box of questions for India to confront. With the pandemic expected to continue for anywhere between 6 months to 1 year from now, it becomes all the more pressing to confront the challenges of the rural sector in India.

In the post COVID-19 world, in order for the Indian economy to step up in the global market and follow PM Narendra Modi’s call for Atmanirbhar, the need of the hour is to focus on reviving the rural sector. The relationship between the urban and rural sector in India- both in terms of supply chain and employment dynamics - ensures that whenever the pandemic ends and the actual revival of the Indian economy begins, there will also be a revival of earlier migration dynamics. However, it is not certain as to when the pandemic will actually end. Until then, it is vital to concentrate on creating opportunities in the rural sector rather than relying on the urban sector to fill unemployment gaps. For the long term as well, such efforts are certain to yield a more sustainable strategy for the Indian economy.