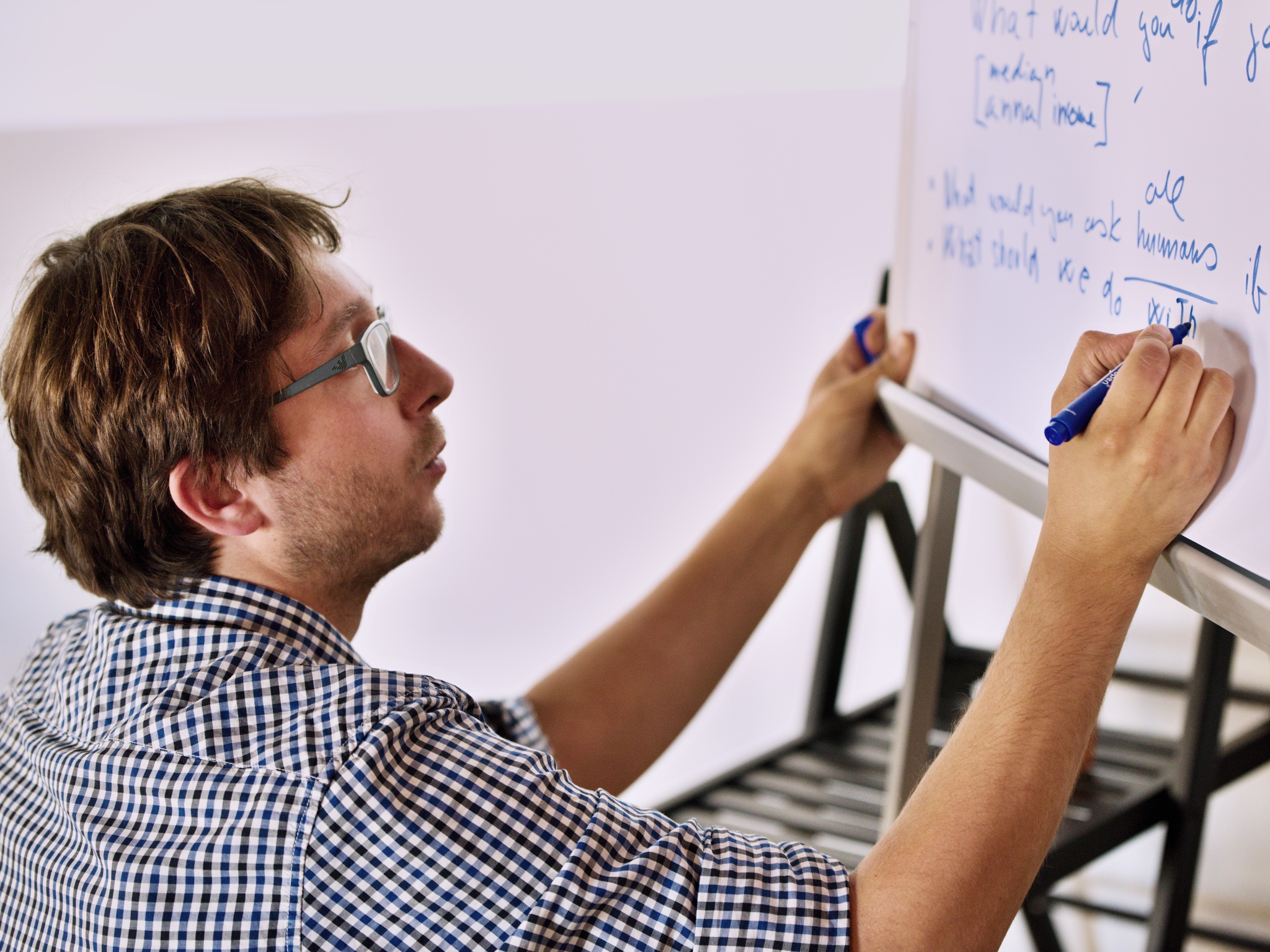 If you could ask all the people in the world one question, what would it be? It is nice to think about, but seems unrealistic to make it happen. Well, with modern technologies and the Internet, it is not so unrealistic anymore. In the Institute for Democracy 21, we are developing a think tank focused on the possibility of global voting and discussion about important issues in near future.

Purpose of the Q21 Symposium was to discuss our idea with leading minds from different fields. Could the global technological interconnection create a new approach towards issues regarding humanity? We were honoured by the presence of brilliant thinkers from humanistic and also technological fields, philosophers and scientists. The main speakers were mathematician, philanthropist and visionary Karel Janeček, Tomáš Sedláček, well-known economist and educator, author of the bestseller “Economy of Good and Evil”, Marek Havrda, economist and sociologist with international experience, developer of a start-up combining social sciences and technology, Lukáš Sedláček, political scientist, educator, founder of ELAI (European Leadership & Academic Institute Prague) and start-up Poetizer and countess Amanda Fielding, British neuroscientist and founder of the Beckley Foundation. We experienced a very inspiring discussion, hosted by Ondřej Koutský, the director of the Institute for Democracy 21. We send our gratitude also to the Scout Institute, which provided us with their beautiful spaces at the Old Town Square in Prague.

Modernity is facing several global issues. There is a rapid development of artificial intelligence without any particular borders. Social networks brought us an absolutely new dimension of social life and global interconnection, but also weakening of real social skills, creating artificial social bubbles and new forms of addiction. Issues such as global warming, hunger, migration or global increase of depression as a lifestyle disease are only some of the problems that are not national or cultural, they are global and they require global approach.

Our goal is to open that possibility. To use modern technologies for the sake of approaching crucial questions of humanity in 21st century. In the upcoming years, we want to create a global poll that will prove this possibility is not only real, but also meaningful and necessary. We are still at the very beginning of our journey. We will let you know of every step we take to make it happen.

If you want to get more into the picture, please read the following article by Tomáš Sedláček, written for Hospodářské noviny.

What do people want? What question would you ask humanity as such if you could? Until now, everything has been voted on on a national basis. And even the most global organisation – The United Nations – is based on the notion of nation, with the nation as its building element. The name is The United Nations, after all, not United People. We hear the voice of the nations, not the voice of people in general.

Even though it may not seem significant, it makes all the difference. If the world were organised into categories other than nations, let's say by profession, the outcome would certainly be different. A person votes in a different manner as a salesman, economist, scientist, mother on maternity leave, as opposed to voting as a Czech or a German. Regardless whether it is organised by age, hair colour, religion – the important fact is that the vote has a different outcome: based on who I embody in the election or whom I feel that I represent.

The Silence of People

Although the voice of the people is nowadays considered the voice of God, it has never actually been heard. While it is said that we vote, our vote in the election is not actually a voice, but a (silent) ballot in an envelope. A voice can freely say what it wants, whereas voting means choosing one of the options from a predefined set. Moreover, the question does not concern what people want, but rather what peoples (the people) as in a nation, want. The terms are often confused. “People” formerly meant “nation”, which is where the similarity of people vs. peoples arises. "The people" are nations and “peoples” are distinct ethnic groups within nations. It does not mean humanity in either case.

The voice of people has never been heard so far. There have been bids to choose a politician or a party in a given nation; occasionally there have been referendums concerning a political decision. That, however, is not the voice of people, but the voice of the nation. When a German or a Czech votes (as opposed to "speaks"), he chooses as a German, a Czech, not as a member of the human race. And that’s completely understandable from history. History has recorded the struggle of one nation against another until recently. In addition, this vote concerned only political questions, not life issues, not questions that really matter.

A Great Leap for Mankind

Technically, only a small step is needed (that’s why it’s a good idea to start pondering it), but it will be a great leap for mankind. The crisis of democracy is often discussed nowadays, but it is a crisis of national democracy which is the issue. A potential (general) democracy will be able to solve many issues much more easily. Perhaps there’s a global stage of democracy that has not yet taken place. From municipal democracy (Ancient Athens) towards a general, global democracy. Perhaps it’s a good idea to follow not only what the Germans, the Czechs, and the Argentinians want as members of a nation, but what all of them want as individuals. Nobody has asked people anything so far.

Perhaps democracy is just stuck in a weird stage – at the level of nations. Perhaps many issues would be better solved in a global perspective, thinking of them as human beings rather than as a nation. After all, the solutions of an overwhelming majority of issues that trouble individual nations have long since exceeded national states. Our own issues are not particularly specific (as they were in the times of transformation), but rather global. From immigration, ecology, to regulation of transnational markets – all of those are issues that transgress the state and thus are difficult to resolve at this level. Nobody wants to pillage Nature, but if only one nation starts producing in a more environmentally sensitive (and therefore more expensive) manner, and the others will not follow, such a nation will fail in the competition against nations and corporations which do not care about clean air. We have to make these decisions together. As people.

So, if you could, what would you ask? What should the first question be that people ask themselves for the first time in history? Perhaps this is the anticipated renaissance of democracy in a world that is now almost perfectly interconnected – through commerce, through the Internet. And we may find that we are more closely interconnected as humans than we think (all nations, beliefs, and ideologies have murderers and fools). Perhaps we are more united as people than as representatives of the people in a national-political sense. Perhaps democracy does not need "grassroots" rescue "from below", but rather "from above". If we want democracy, let’s do it properly – if we want people, let’s have them all.

What should be the first global question?