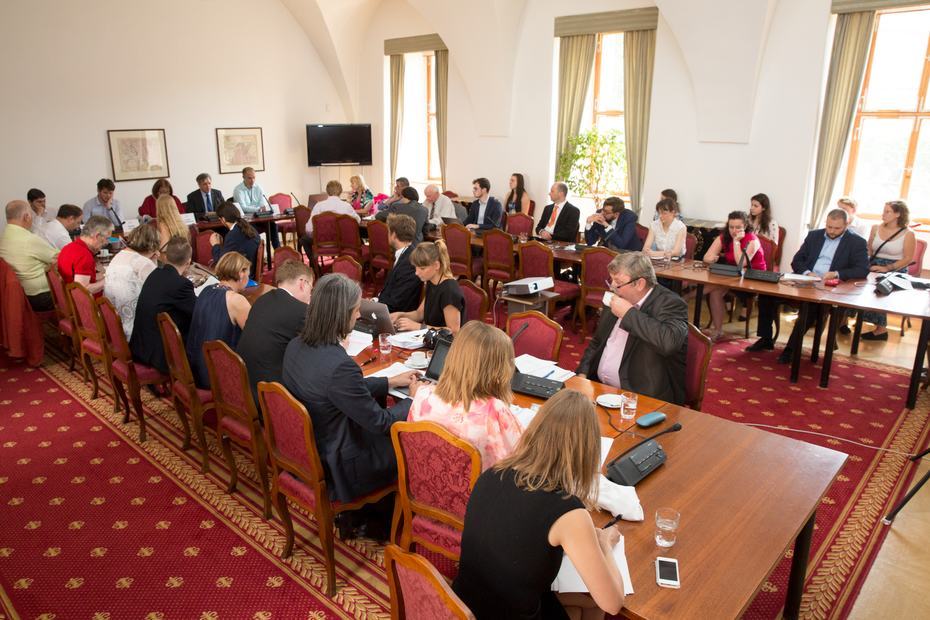 Will Janecek method be the voting system used in the Czech Senate Elections?

Senator Jiří Dienstbier has drafted a bill to amend the voting system for the Czech Senate involving a single-round system based on the Australian voting system. The bill has passed the first reading and right now it is being discussed by expert committees. Elections to the Senate traditionally register low participation, in the second round, it drops to an average of 17 %. Introducing a single-round election is definitely desirable, however, the Australian system has certain key disadvantages.

How does the “Australian system” actually work? The citizen receives a ballot with all the candidates in the given voting district with the instruction to arrange them by numbering in order of their preferences. Jiří Dientsbier’s bill differs from pure Australian voting in that the voter must designate at least three candidates; otherwise, the vote will be invalid.

„When counting the results of elections, only first choices are counted. If a candidate receives the majority of first votes, that candidate wins the election. In the opposite case, the candidate with the lowest number of votes is eliminated, and his or her votes are distributed among the candidates listed in second (next) place on ballots, where the eliminated candidate was listed first in the order. This continues until a certain candidate receives over half the votes, or who has more votes when only two candidates are left.” as it reads in the Senate bill drafted by Jiří Dientsbier (Senate Print No. 245).

We believe that the bill is problematic in the following aspects:

As opposed to this, Janecek system also offers voters the option of expressing their opinion in more detail, but it does not force people to choose three possibilities and the conversion of votes is very simple. We have even verified all of this in practice. Our voting research has shown that in the Senate elections of 2014, in a sample of 4,750 respondents from 12 regions, only 0.28 % of the votes were invalid. The research thus proved that Janecek method is understandable for voters and wider consensus occurs in the results.

We are in contact with Jiří Dientsbier to contribute through our findings and experience to the debate eventually leading to the most effective reform of voting in Senate elections. The current bill for introducing the Australian voting system has passed the first reading in the Senate of the Czech Republic, and now expert discussions are underway in Senate committees. If the bill passes the second reading, it will be introduced in the Chamber of Deputies of the Parliament of the Czech Republic.

On Tuesday, May 29, we took part in an expert Senate seminar entitled “Change in the Voting System for Senate Elections: from a Two-round Vote to the so-called Australian Voting System“ under the Patronage of the Permanent Senate Committee for the Constitution of the CR and Parliamentary Procedures. The main program of the seminar dealt with a professional discussion of political scientists Roman Chytilek and Tomáš Lebeda with an expert in constitutional law, Marek Antoš. We created a document [Czech, PDF] in preparation for the seminar where we present our opinion about the proposed bill.