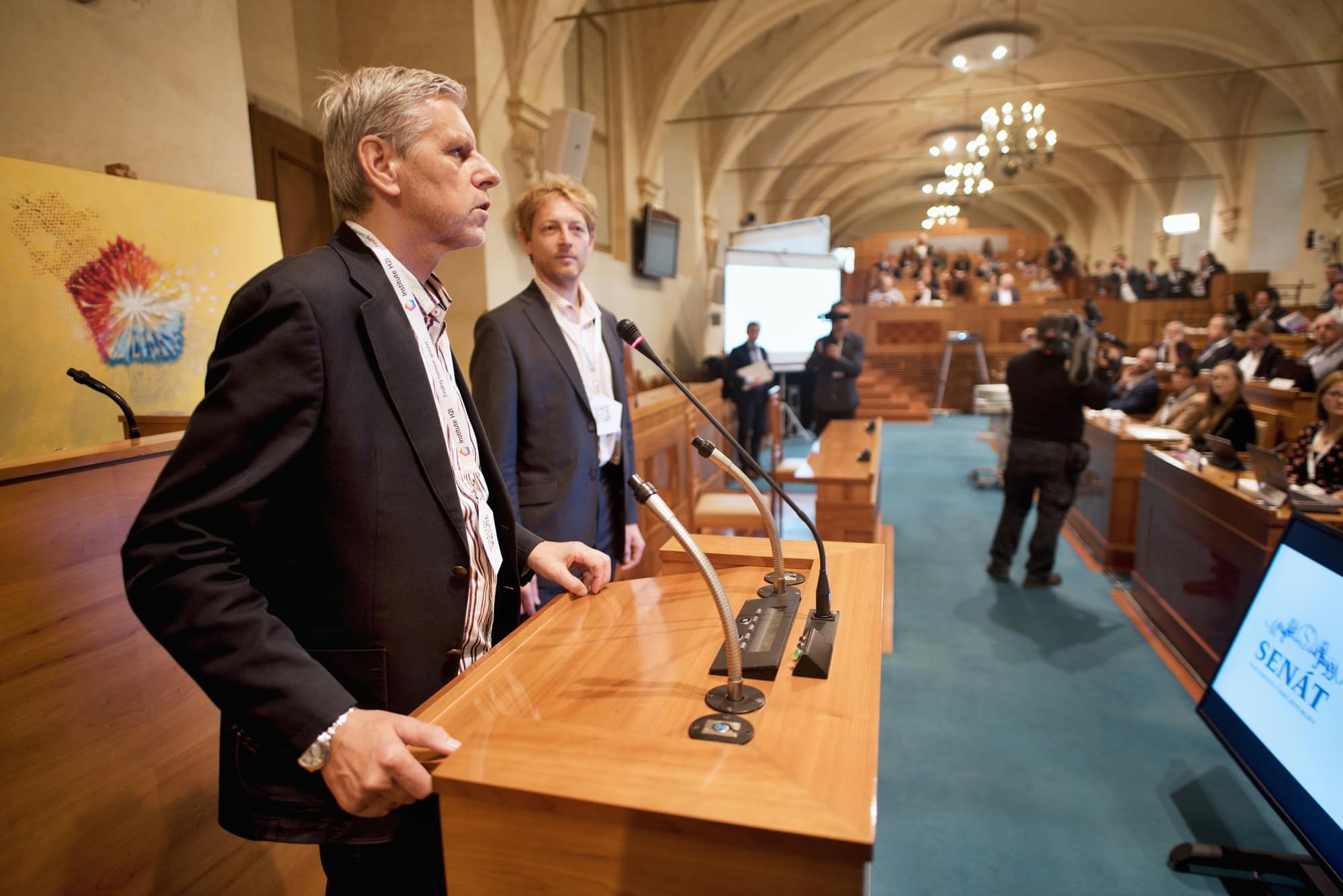 International Symposium "Democracy in the 21st Century: Challenges and New Frontiers" in the Senate

On September 15, the Wallenstein palace welcomed politicians, academics, journalists and other personalities from the Czech Republic and abroad at the Symposium “Democracy in the 21st century: Challenges and new horizons”. The event that symbolically took place on the International Day of Democracy was instigated by Senate Vice-President Jan Horník together with mathematician and founder of the Institute H21 Karel Janeček.

Attendance was confirmed by 150 politicians, representatives of international organisations and think-tanks, academics, journalists and other figures from around the world.

In the course of the Symposium, the Senate Hall was filled with many interesting personalities. Introductions by Senate Vice-President Jan Horník and founder of Institute H21 Karel Janeček were followed by presentation on crisis of democracy and decline of citizenship from political scientist Patrick Deneen in whose opinion we are not born free but have to learn freedom. Next speaker, Jana Hybášková, who presented her experiences from diplomatic mission in Iraq and Namibia, sees the cornerstone of democracy in local participation of citizens. The all-day Symposium was concluded by war crime investigator Vladimír Dzuro with emotive presentation on civil war and crimes in the countries of the former Yugoslavia.

It was possible to watch the entire event through online streaming on the Senate website and the crew of Czech television was present as well. „Thank you to Karel Janeček and his young team for organising the International symposium Democracy in 21st century: Challenges and new horizons in the Senate of the Parliament of the Czech Republic. I have witnessed many conferences, seminars and different public hearings here but it is very unusual for the participants to persist from morning until 7 pm. Congratulations,“ evaluates the symposium Senate Vice-President Jan Horník. „I have a good feeling about the symposium. The agenda was full of interesting speakers who talked about current topics that threaten democratic values. For me, the biggest challenge for democracy in the 21st century is change of electoral system,“ adds mathematician and founder of Institute H21 Karel Janeček.

Symposium participants tested, by means of online voting, how the voting method influences the result.

On the day of the Symposium, guests had the opportunity, using QR code or link on their name badge, to vote online on what personality from the past they would like to meet if they could. Voters chose from 12 personalities that included for example Plato, Mother Teresa or Che Guevara. The aim of the voting was to demonstrate how the type of voting method influences its result. Symposium participants first chose the personality using 1 vote and then using Janeček method (D21) with 3 plus and 1 minus vote. The results of the vote were presented by Karel Janeček in the block on electoral systems.