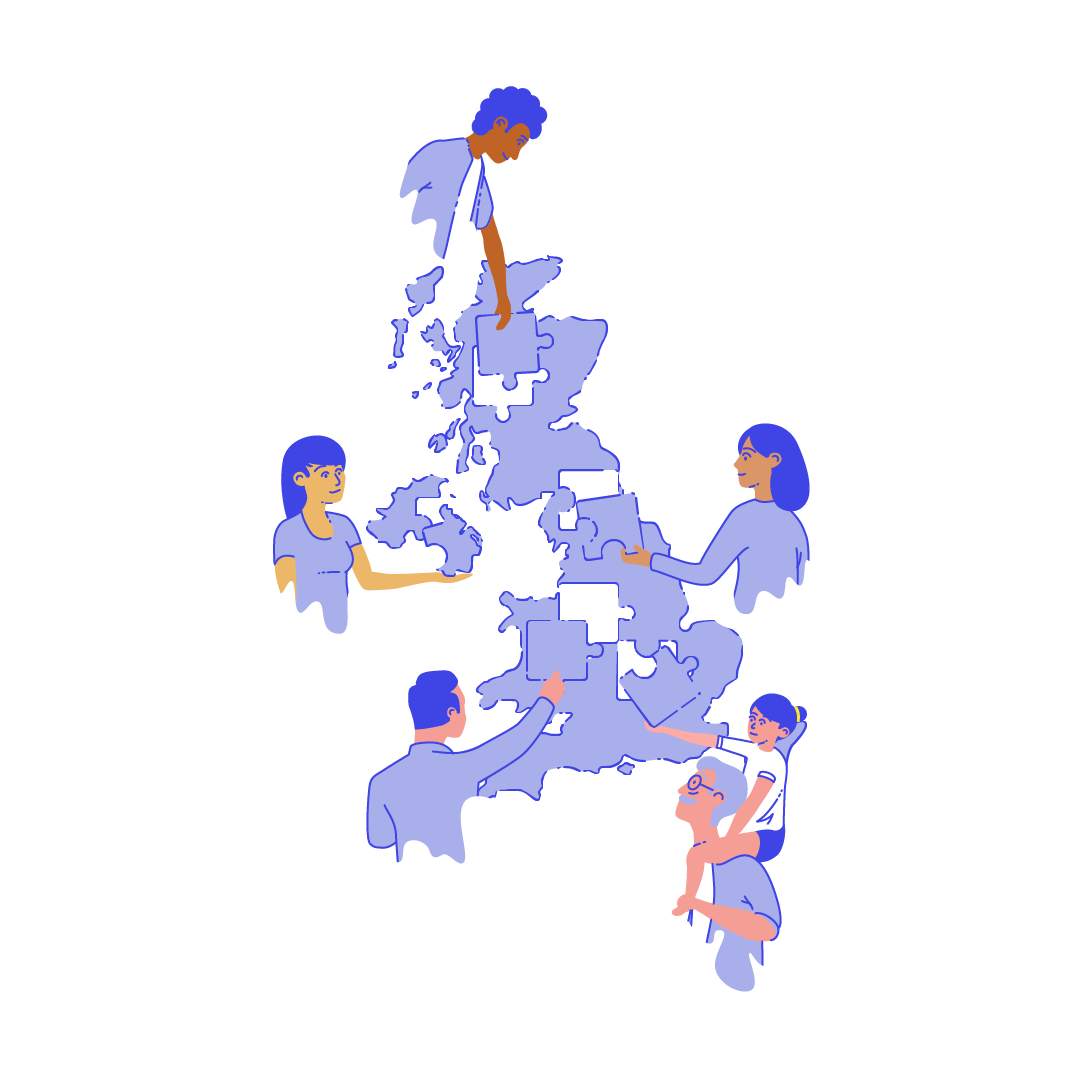 Did you vote in the D21 platform about possibilities of how to deal with Brexit? Complete analysis and results will be published on 30 April on our blog. Meanwhile read more why it is good to vote with multiple votes and how to find a consensus in complex situations.

You will find the results HERE on April 30. The Brexit stalemate showcases the limits of conventional decision-making, and the dangers of presenting complex political questions in binary form. In the following article we argue that, while the recent 'indicative vote' on Brexit in the UK Parliament is a step in the right direction, it needs further modifications and improvements to succeed.

On 23 June 2016, the UK decided in a referendum to leave the European Union, with a close majority of 51,9% to 48,1%. ‘Leave’ won England and Wales, whilst Northern Ireland and Scotland favored ‘Remain’. The process of withdrawal began on 29 March 2017, setting 29 March of 2019 as the final date for the withdrawal, which was subsequently postponed by two weeks in the absence of a clear agreement on the UK’s new relationship with the EU.

Even though the UK and the EU have had two years to set and approve the conditions of the withdrawal, the negotiated agreement presented by Theresa May has been rejected by the UK Parliament three times (in one case by the largest majority for a government defeat). The UK’s requests for further extension have not been well received by the EU, who requested in return that the UK participates in the upcoming EU elections - a ‘red line’ for hard Brexiteers. Without an agreement, the UK is due to ‘crash out’ of the EU on 12 April 2019, despite this being an outcome which MPs have also voted against. Meanwhile, over 6 million people have signed a petition calling for article 50 to be revoked. It is the most widely supported proposal in the history of the House of Commons and the Government’s petitions website. The  Government has responded that it would not revoke article 50 and that it will honor the result of 2016 referendum. In other words, the UK is divided in a deadlocked position with no constructive way forward in sight; the fear of a no-deal Brexit is too high, the withdrawal agreement is insufficiently convincing, and the possibility of another referendum is seen as undermining the democratic result of the 2016 choice. Most recently, the Parliament met on April 3 and voted by a majority of one to ask for another extension to the Brexit process, but it is the EU who decides whether or not to grant it. For once the Parliament was able to agree, however not on the future of the Brexit itself.

In an attempt to resolve the deadlock, on March 25 the Parliament agreed to take control of the parliamentary process, and to vote again on the different Brexit proposals, using a different voting method. This ‘indicative vote’ allowed MPs to approve or disapprove each of 8 alternatives to better identify possibilities for consensus. The no-deal option was the most strongly disapproved one, gathering 400 ‘noes’, while a Second Referendum proposal was the most approved one, with 268 ‘ayes’, closely followed by the Customs Union proposal, supported with 264 ‘ayes’. But in the end, all options again failed to produce a majority (Box 1).

What is an indicative vote

These votes are non-binding, and their aim is to get a better sense of the House’s will, and explore if there are any possible areas for consensus. By asking MPs to approve/disapprove each of the options, more information is gathered from each voter and from the House as a whole, in the hope that compromises may be revealed. It was not the first time. In 2003, UK MPs voted similarly between seven different options, on a proposed reform of the Upper Chamber, the House of Lords, at which time no options garnered a majority either.

Indicative votes may employ different voting methods, such as ranked voting, or multiple rounds of elimination. Each method offers different advantages and disadvantages, such as safeguards against tactical voting. The method chosen therefore affects the final outcome. The recent indicative vote followed a two-stage process, where the first round of voting on March 27, amongst eight proposals, led to a second round between four on April 1st, all of which were also defeated (Box 2 - option 3).

While such results certainly reflect the contradictions of present UK politics itself, it may be the case that the system used was also not a match for the task at hand.

While the UK’s recent ‘indicative votes’ are a more consensus-focused procedure than the Leave/Remain question put to the popular vote in 2016, they still failed to indicate an acceptable  common preference. The case allows us to re-evaluate available decision-making tools in situations as polarised as Brexit, and experiment with new ideas.

The Janecek voting method (D21), is a promising avenue, as a voting philosophy which seeks consensual outcomes by encouraging expression of multiple but not unlimited preferences. If the Janecek Method (D21) would have been used in the UK’s ‘indicative vote’ of March 27, MPs would have voted in favour of 2 options, and against 1.

Click here to participate in a voting experiment on the ‘indicative vote’ options of March 27, using the Janecek Method (D21).

While the objective of the indicative votes was to scope the sentiment of the House and identify coherent possibilities, it seems that the method of asking MPs to approve/disapprove each option may have delivered too much information, creating more noise than clarity.

With the Janecek Method (D21), the voter can identify in a single ballot a capped number of preferences.This method is premised on a set of parameters, which contain a constructive bias:

A strong advantage of the Janecek Method (D21) is that it encourages informed rather than tactical judgment, since it requires some knowledge and understanding of more than just one’s first option/candidate. It furthermore facilitates the decision by creating a clear structure of trade-offs: while a single vote is still allowed, to accomodate strong approval, a second positive vote (which in turn weakens the first preference) grants the possibility to cast a minus vote.

We have organised similar voting in presidential elections in the Czech Republic in the game Prezident 21.

At the time of writing, the Brexit saga is still producing dramatic moments, and a rational conversation about decision-making methods and the possibilities for democratic consensus seems more needed than ever. It is useful to remember that at the heart of the present political crisis in the UK is the original polarised formulation of Leave/Remain which was put to the people in 2016, greatly reducing the actual complexity of the matter: the future relationship of the UK with its neighbours, trade partners, and foreign policy allies. We have suggested here a different approach; a voting method that incentivises a more informed electorate and consensual approach to voting. While the indicative votes go in the right direction, breaking the binary dilemma by inviting a greater range of preferences to be deposed, it may still need some fine-tuning. The proposed Janecek Method is pluralistic yet pragmatic, looking for compromise but also red lines and irrelevance. We want to follow with another one: to explore the possibility of putting such an alternative set of options to the people.