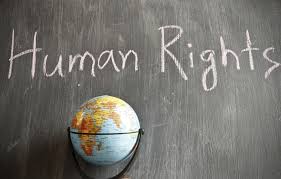 Covid-19 and Human Rights in India

The impact of the Covid-19 pandemic has been felt far and wide in India. Although the Indian government is working tirelessly to curb the spread of the pandemic in the country, a significant threat to the human rights of citizens can be observed. This issue has been highlighted recently by the UN Secretary General Antonio Guterres, who has labelled the Covid-19 pandemic a “human crisis that is fast becoming a human rights crisis”.

Human rights are the basic entitlements that are necessary for every individual to live a life of opportunity and dignity. But a crisis such as the Covid-19 pandemic shows governments often struggling to implement efficient policies and systems that successfully safeguard the human rights of their citizens.

Being an infectious respiratory disease, Covid-19 directly poses a severe threat to individuals’ right to health, a human right guaranteed by Article 3 of the United Nations Declaration of Human Rights (UDHR). India, however, has long faced a challenge in protecting this right for their citizens. This can be attributed to the fact that until the onset of the Covid-19 pandemic, India spent only 1.3% of its GDP on public health. Additionally, WHO ranks India at 184 out of 191 countries in terms of percentage of GDP spent on healthcare. The pandemic has served as a wake-up call for the Indian government to take bold steps in order to uplift India’s healthcare system and ensure that citizens’ right to health is protected.

For one, the Indian government has emphasised its commitment to increasing spending on healthcare in the near future and has already started doing so. To tackle the crisis many state governments, such as the government of Delhi, have converted major government hospitals into Covid-19 hospitals. State actors have also converted clubs, parking lots, stadiums, and other open spaces into quarantine centres with beds, toilets, and medical facilities, in order to ensure that the maximum number of Covid-19 patients are able to attain medical treatment.

The government has also attempted to safeguard the right to health of citizens from lower socio-economic backgrounds. One way the government has done this is through its national Ayushman Bharat Pradhan Mantri Jan Arogya Yojana, a scheme launched by the government in 2018, aimed at providing subsidised healthcare access to the economically weaker sections of the Indian population. In fact, despite certain limitations of the Indian healthcare system, the PM-JAY is one of the world’s largest health insurance schemes. Policies for the economically weaker sections of society are also being implemented at the state level. For instance, the Maharashtra government has implemented the Mahatma Jyotiba Phule Jan Arogya Yojana (MJPJAY) scheme, which provides free of cost treatment to citizens under the scheme.

Although the Indian government has taken bold steps to ensure that all their citizens’ right to health is met, a significant part of the Indian population is still facing a barrier in safeguarding this right. Various private healthcare centres in the country, despite their commitment to ensuring patients’ well-being and despite having sufficient resources, are denying medical treatment to patients from lower socio-economic backgrounds out of the fear that these patients will not be able to pay for their treatment. Conversely, economically struggling patients who are admitted are later pressured to pay high treatment bills.

Although government schemes such as the Ayushman Bharat Pradhan Mantri Jan Arogya Yojana and Mahatma Jyotiba Phule Jan Arogya Yojana (MJPJAY) scheme would ideally prevent instances like these from occurring, inefficient implementation of such schemes in parts of the nation has prevented the efficient protection of the right to health of India’s economically vulnerable population. For instance, a 50-year-old Covid-19 patient who was admitted at the DY Patil hospital in Nerul, Maharashtra was allegedly pressured to pay for his treatment despite his claims that he was recommended by the Navi Mumbai Municipal Corporation under the MJPJAY scheme.

According to a report by the central government, some patients from economically weaker backgrounds also fear seeking treatment from public hospitals due to the fear of the greater susceptibility to Covid-19 in public hospitals. On the other hand, many wealthier patients- due to their ability to pay for their treatment- are easily able to get admission in hospitals and are able to seek quality medical treatment in elite healthcare centres without having to worry about financial resources.

Another human right being infringed upon amidst the Covid-19 crisis is students’ right to education in India, outlined in Article 26 of the UDHR. The Indian government has repeatedly stated its commitment to ensuring the right to education for the Indian youth and has implemented policies such as the Right to Education Act and the Sarva Shiksha Abhiyan program, in order to ensure education for all. However, the Covid-19 pandemic seems to have posed significant hurdles for students’ education in India. With the closure of physical teaching in light of the nationwide lockdown, educational institutions have moved to eLearning in order to continue students’ education.

In May 2020, the Indian government also launched the national Pradhan Mantri (PM) eVidya Scheme, with a goal to use eLearning as a tool to facilitate effective distance learning for students across India amid the pandemic. The program has been implemented under the government’s Aatma Nirbhar Bharat Abhiyan (self-reliant India) initiative.

The e-Vidya scheme has been implemented through a variety of digital mediums to achieve the goal of reaching out to a vast majority of students. The government aims to deliver multi-mode access to educational content, develop new e-content, earmark television classes with the help of Direct-To-Home (DTH) channels, and use the radio to deliver podcasts, among other educational services. The e-Pathshala platform, a national web portal which hosts educational resources, has also been updated to provide more than 600 digital books, including 377 e-textbooks with 3500 audio and video content to the public domain. The MHRD, through the Pandit Madan Mohan Malviya National Mission on Teachers and Teaching, and University Grant Commission are also organizing short-term programs to prepare teachers for online education. In addition to this, the Department of School Education and Literacy and the Ministry of Human Resource Development have even set out guidelines for digital education named Pragyata.

For instance, stable access to electricity is crucial for powering the digital equipment and internet connection required for eLearning. However, there are still millions of people who still lack access to stable electricity in India . Mission Antyodaya, a nationwide survey of villages conducted by the Ministry of Rural Development in 2017-18, also showed that 16% of India’s households receive one to eight hours of electricity daily, 33% receive 9-12 hours, and only 47% receive more than 12 hours a day . Furthermore, a report by Quacquarelli Symonds on Internet Usage in India shows that among respondents who use home broadband, over 3% encounter cable cuts, 53% have poor connectivity and 32% experience signal issues. Lack of electricity in households is bound to act as an obstacle for students who wish to avail eLearning programs in light of Covid-19.

When observing internet connectivity, India only has around 504 million active Internet users who are 5 years or older. However, while this figure is high, the internet penetration in India is only 40%. This means that around 60% of India’s population does not use the Internet. Hence, while students with access to the internet will greatly benefit from provisions of e-Learning, more than half of India’s population will not gain the same benefits.

A third challenge faced by many students in the country is the lack of ownership of digital devices. Reports show that only 24% of Indians own a smartphone, only 66% of Indian households own a television, only 11% of households possess devices such as desktop computers, laptops, and tablets, and only 8% of all households with members aged 5-24 have both a computer and internet connection. While a certain proportion of Indian students may have access to some devices, many do not have access to a single such device. Additionally, many disadvantaged students’ households often have gadgets that are shared between the members of their families, resulting in students not having regular access to digital devices for education. This is corroborated by Sunita Gupta, Principal of Air Force Bal Bharati School, who has said, “Not only do people not have access to the internet but there are problems of families not having enough gadgets, because many parents are working online”.

While the privileged sections of India’s population may find a way to safeguard their right to education and health, the marginalised sections of the population, such as individuals who are socially or economically disadvantaged, may not possess the resources or ability to satisfy these. In light of such a pressing crisis, it is important for the government, together with the private and non-profit sectors, to take bold steps in order to safeguard the rights of these marginalised communities in the country. Because, in the words of Eleanor Roosevelt, “All human beings are born and equal in dignity and rights”, and it is imperative for policymakers to ensure that every individual, irrespective of their resources or socio-economic background, is equally entitled to the human rights that every individual deserves.